Seiko fans love to give the brand’s watches fancy names that describe their appearance. Two of Seiko’s dive watches, namely the Sumo and the Turtle, are often compared because they look like identical twins. There are only very slight differences between the two, that they often sow confusion among buyers.

If you’re interested in buying either the Sumo or the Turtle, it would be best to equip yourself with knowledge on these two watches. This will help you decide which one is better suited to your taste and needs.

The Seiko Sumo is part of the Prospex collection that was released in 2007. According to legends, the watch was named as such because of the 12 o’clock hour marker that resembles the underwear of a Sumo Wrestler. Additionally, it has a chunky build that befits the name Sumo.

Sumo is popular among users for its high-end look and affordable pricing. It is rather large, but it’s still comfortable to wear, thanks to the case back’s shape that fits the arm’s curvature. 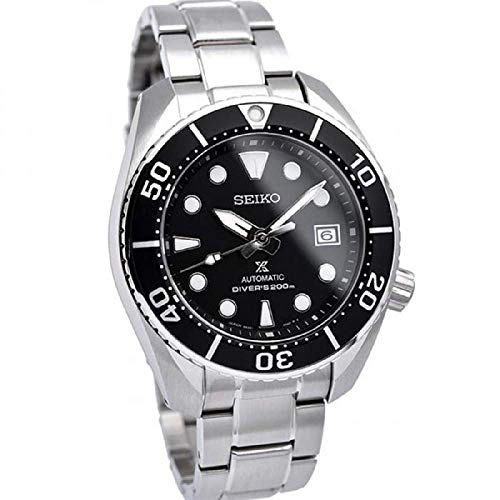 The Seiko Turtle is famous among users because of its overall aesthetic and incredible value for money. It has a somewhat vintage appeal that will remind you of the first look of watches back in the days.

The most distinguishing feature of the Seiko Turtle is its watch case. It’s large and curvy, similar to the shell of a turtle. Nothing else looks like this, making the model very popular among collectors.

The Seiko Turtle comes in variants with different dial colors. There’s the SRP773 and its blue dial, and the SRP775 with its black dial and gold-tone markers. Probably the most popular among the variants are the SRP779K1 and SRPA21 because of their “Pepsi” blue and red bezel. 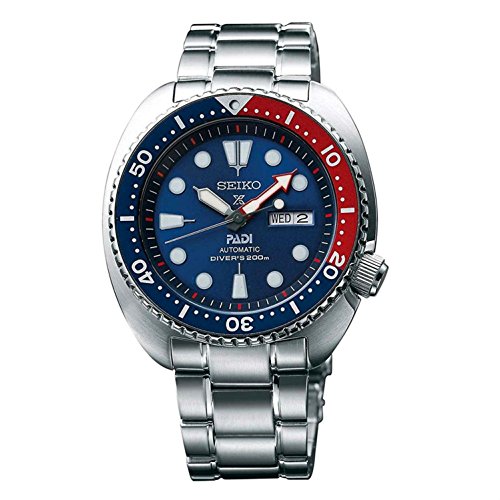 Comparing The Seiko Sumo vs. Turtle The crown of both the Sumo and the Turtle is situated in the 4 o’clock position. Both of them are also oversized and have a fine-tooth edge for easier gripping.

The most noticeable difference between the two models is the crown guard. The Turtle’s crown has a guard, while the Sumo lacks one.

Since both are dive watches, it’s normal that they have a 120-click, unidirectional, rotating bezel made of stainless steel. Both bezels have a ribbed edge for easier grip.

The Sumo and the Turtle may have different variants, but they all have the same dial layout and design. The only noticeable difference between the variants of each model is the dial color.

The Sumo has luminescent index hour markers in circular and trapezoidal shapes. It has hands shaped like a pen and a sword, both of which are thick and filled with luminescent material.

Another major difference when comparing the Sumo and the Turtle’s dials is the date display. The Sumo only has a date window, while the Turtle has a day-date display.

Both the Sumo and the Turtle have dials protected with a shatter-proof Hardlex crystal.

Both the Seiko Turtle and the Seiko Sumo come in stainless steel straps with deployant safety clasps. You can freely change the straps of both models to a rubber band which is better suited for diving activities.

Both watches have a 200-meter water-resistance rating suited for diving.

The average price of Sumo watches ranges from $650 to $750. The Seiko Turtle, on the other hand, has a price ranging from $310 to $440, making this incredibly cheaper than the Sumo collection.

Both the Seiko Sumo and the Seiko Turtle are exceptional and affordable dive watches. They’re durable, functional, and trendy, so there’s really not much of a difference in terms of design and features. You’ll just have to focus on their prices and decide which of them suits your budget.