The Seiko SKX007J and the Seiko SKX007K are often compared, but more often confused with one another, because of their identical designs and similar features. So, what makes the SKX007J or the SKX007K model better than the other? Are there major differences between the “J” and the “K” models that can be considered deal-breakers by some users?

Here’s a short guide of what you can expect from these two Seiko diver watches.

According to Seiko, the SKX007J is a diver watch manufactured in Japan and this is represented by the letter ‘J’ on the model number. You can double-check that it is really made in Japan by looking at the bottom portion of the dial. The kind of movement installed on the watch can also be seen inscribed on the dial. At the back of the watch, you’ll see the ‘Japan WP’ inscription beside the model number, further proving the watch’s origin.
Many users suggest that the SKX007J has a better finish compared to the SKX007K, although both feature the same style and build. 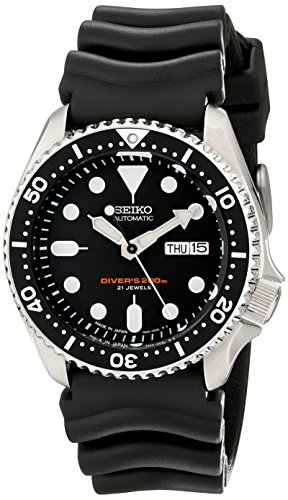 While the SKX007J has proof that it is made in Japan, there’s no confirmation on where the SKX007K is manufactured. Some people guess that it’s either made in Singapore, Malaysia, or South Korea. Seiko hasn’t really disclosed where they produce their ‘K’ model, so there’s no definite answer to the watch’s source.

Aside from this, you can also notice that at the back of the watch, there’s no indication on where the watch is made compared to SKX007J having the ‘Japan WP’ inscription on the case back.

On the bottom portion of the dial, the SKX007K lacks the additional letterings found on the SKX007J, giving it a cleaner look.

Nonetheless, the SKX007K is made of the same materials and mechanisms. It’s also manufactured using the same process as the SKX007J, so rest assured this is also a high-quality budget diver watch. 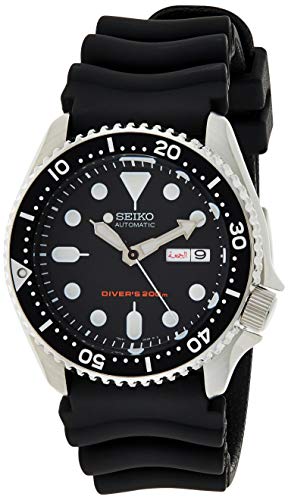 What’s the difference between SKX007K vs. SKX007J

Here’s a comparison between the two almost identical Seiko watches.
Case
Both models have 42mm stainless steel cases with a nice polished effect. They also have a solid case back tightly fitted with screws to prevent water from seeping into the inner mechanisms.

Both the ‘J’ and ‘K’ models have bulky cases, measuring around 13mm thick. Although you can strap them with formal wear, you may notice them bulging under the sleeve cuffs.

The watches are a bit large compared to casual watches, but they perfectly fit the size needed for sports watches.

The Hardlex synthetic crystal used on both models isn’t the best Seiko can give to its watches. But considering the price point of these two models, the shatter-proof crystal can be considered good enough. Both watches have a ribbed crown situated at the 4 o’clock position. The crowns are easy to grip for turning or pulling out, but the awkward position may not be to the liking of some users. Also, it can be difficult to adjust especially if you wear the watch on your right arm.

Polished stainless-steel bezels were used in both models. They have unidirectional rotation, solid clicks and no play, and they snuggly fit the outer profile of the watch cases. The coin-edge design makes the bezels easy to grip and rotate.

On the 12 o’clock position, there’s a luminous triangular pip. Arabic numeral minute markers in 10-minute gaps also surround the bezel and this is useful for timing oxygen reserve of divers.

Both Seiko watches have identical hands and hour markers. They also have the same day-date complication at the 3 o’clock position, featured in colored lettering against a white background.

The index hour markers come in circular, elliptical, and triangular shapes. The hands are rectangular and end on a pointed tip. Both models also have a needle-thin seconds hand.

On the outer dial, you’ll see index minute markers in silvery-white color. Overall, the black dial and the greenish-silver color of the hands and markers make the watch face highly legible.

Both watches feature an excellent lume brightness that makes time-telling easy whether you’re underwater or in areas with poor light conditions.

Both the ‘J’ and ‘K’ models use the Seiko 7s26 movement which is a low-end automatic movement. It has a day-date complication and keeps accurate time, but it doesn’t have hand-winding and seconds hacking features. The movement features 40 hours of power reserve which is decent considering the price range of the watch.

Both models are also equipped with the Diaflex mainspring and Diashock feature which make the watches more durable for long-term use.

Professional divers often prefer the rubber strap because it’s more functional and practical to use underwater.

These two Seiko models are compliant with ISO Standard 6425. They are water-resistant up to 200 meters underwater.

The ‘J’ and ‘K’ models are budget diver’s watches that pack basic features necessary for a diving professional.

Other than the manufacturing origin, the SKX007J and the SKX007K models from Seiko are almost identical. Their differences are barely noticeable, and they don’t affect the functionality or aesthetic value of the watches in any major way. Their prices don’t differ that much either, and you can rest assured you’re still getting a high-quality diver watch whichever of the two models you purchase.