The Shogun and the Sumo are two diver watches from Seiko which are often compared because of their similarities in design and features. If not for their subtle differences, you’ll easily mistake one for the other.

For some people, the understated differences can be deal-breakers. It will be interesting to know what these variations are and why they make one watch better than the other.
For this comparison, we’ll be referring to the Shogun SBDC029 and the Sumo SBDC033 models. Read on to know more about these two famous Seiko diver timepieces.

The Shogun is a classic Seiko diver watch that’s one of the finest timepieces the brand has ever produced. It has a look similar to that of the Submariner, but the subtle differences give it a unique flavor that fans can’t exactly figure out. It’s that mysterious yet straightforward appeal that eludes people to Shogun’s greatness. 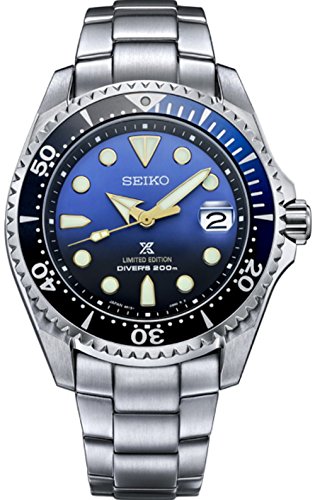 The Seiko Sumo belongs to the Prospex diver watch collection and isn’t really named “Sumo”. Fans gave the watch that moniker probably because the 12 o’clock hour marker looks like a Sumo wrestler’s underwear. There’s also the chunky build of the watch, especially the thick lugs extending from the case. The Sumo became an instant fan-favorite ever since it was first released to the market. Its Submariner-like look, adorable chunkiness, and affordable price make it one of the best diver watches in the market for those on a budget. 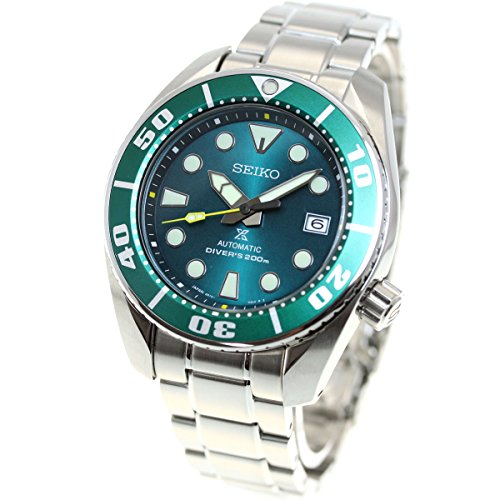 Here’s a comparison between the two famous Seiko giants.

The Shogun has a conventional appearance compared to the Sumo’s turtle-shaped body. This makes the Shogun more versatile as it can be worn on formal occasions.

The Seiko Sumo’s case measures 44.5mm wide, while the Shogun has a width of 44mm – not much of a difference in terms of case size. The same goes for their thickness, with the Sumo measuring 13.5mm and the Shogun measuring 13.3mm.

The cases of both the Shogun and the Sumo are made of stainless steel material. The case back is also made of solid, stainless steel and bears the tsunami insignia which Seiko diver watches are known for.

Both the Shogun and Sumo features a Hardlex crystal that’s durable and shatter-proof. It can easily get smudged though, and it can get scratched a little if used haphazardly.

One of the glaring differences between the two Seiko models is the positioning of the crown. The Shogun’s crown is at 3 o’clock, while that of the Sumo is at the 4 o’clock position.

The Shogun has an integrated crown guard, while the Sumo doesn’t have one.

Both the Sumo and the Shogun models come with a unidirectional rotating bezel made of stainless steel. The bezels have a ribbed surface that makes them easy to grip. They also feature second and minute markers on the surface in a combination of indices and Arabic numerals.

The Shogun has large index minute markers to emphasize the 1st 15 minutes on the bezel. The Sumo, on the other hand, presents Arabic numeral minute markers in 10-minute progressions.

The pip on the 12 o’clock position is filled with luminescent material to ensure it remains visible even in low light conditions underwater.

The Sumo and the Shogun have pretty similar dial designs.

The Shogun has a black dial with a pretty conservative, but straightforward design. It has large, white, luminescent hour markers in circular and triangular shapes. On the 3 o’clock position, you’ll find the date window in white background and black text.

What makes the Shogun differ from the Sumo is the appearance of their hour hands. The Sumo’s hour hand has a rhombus-like shape with a triangular end, similar to its minute hand. The hour hand of the Shogun is short, thick, and shaped like the tip of a harpoon.

The hands and markers are both filled with LumeBrite to give a glowing effect when the watch is placed under low-light conditions.

The Shogun and the Sumo both uses the Seiko 6R15 automatic movement which has a date complication. It has an accuracy of +25/-15 seconds per day and boasts a 50-hour power reserve. So, although it isn’t as accurate as higher-end watches, it’s a workhorse when it comes to power reserve.

The movement allows second hacking, so you can adjust the watch precisely as you see fit.

The Seiko Shogun’s strap is way lighter and more durable because it’s made of Titanium. On the other hand, the Sumo has the standard and ever-reliable stainless steel strap.

Sadly, there’s no option to change the strap to a rubber one for both watches.

The Sumo and Shogun are both diver watches, so it’s no surprise that they have high water-resistance ratings. These timepieces will remain functional and reliable even when submerged up to a depth of 200 meters.

The Shogun and Sumo are both exceptional creations from Seiko. With the almost identical design, build, and features, it can be confusing which is the better choice for your needs.

If you want a more versatile timepiece that you can wear on any occasion, you’ll have to go with the Shogun. It has an understated elegance that makes it a classic even among Seiko’s wide range of products. It also has a titanium bracelet which not many watch brands offer.

If you want to make a statement that’s defined by size and heft, the Sumo is the option to consider. It has all the features offered by Shogun and you can purchase the watch at a

The choice depends on your preferences and budget. Regardless of the model you choose, rest assured you’re picking a top-quality watch that will last for years.