The Seiko Astron and the Citizen Satellite Wave are often compared because of their similar color schemes and movement technology. While both have ultra-modern designs, they have large differences in style and appeal.
If you’re a jet setter looking for futuristic, sporty watches optimized for global travel, the

Seiko Astron and the Citizen Satellite Wave should be in your shortlist.

The first Seiko Astron model utilized quartz movement. It’s now considered a classic, especially after it put Seiko as one of the world leaders in the watchmaking technology. The modern Seiko Astron, with its dual-time and multiple time zone function, make it easier for users to travel the world and keep track of time. It belongs to a line of advanced GPS solar watches from Seiko that combines various technologies to create an efficient and accurate timepiece for handling multiple time zones. 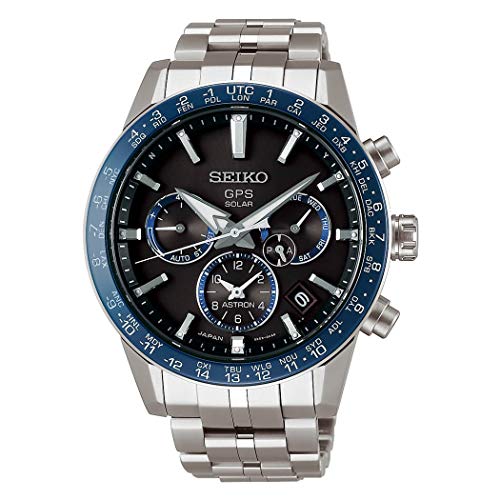 Seiko ASTRON Watch Astron 3rd...
$2,000.00
Check The Lowest Price #ad - As an Amazon Associate, I earn from qualifying purchases and helps me to support my work to provide free and unbiased content & Reviews. Thank you

Citizen has been around since 1930 and has made several technological contributions to the horological industry. They were way ahead of anyone in the development of a light-driven watch which they created in 1976. They finally made a breakthrough in 1995 and patented the Eco-Drive technology used in the Citizen Satellite Wave.

The Citizen Satellite Wave is designed to constantly keep time in sync. It has the world’s fastest signal reception for GPS timekeeping. 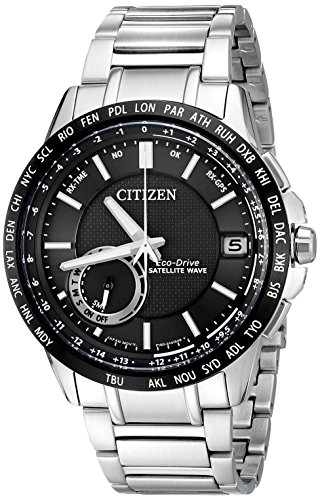 Citizen Men's Eco-Drive Satellite...
−$115.00 $550.00
Check The Lowest Price #ad - As an Amazon Associate, I earn from qualifying purchases and helps me to support my work to provide free and unbiased content & Reviews. Thank you Here’s a comparison between the two watches from different brands.

Both the Seiko Astron and the Citizen Satellite both have stainless steel casing. Different variants of both watches exist, and they have either a brushed or polished stainless steel effect. Both of them have a tightly screwed, solid case back.

Both the Seiko Astron and the Citizen Satellite Wave have large crowns that are easy to grip. The main crown and the crown pushers for controlling the chronograph function are found on the right-hand portion, running from the 1 o’clock up to the 4 o’clock positions.

The Seiko Astron comes with a ceramic bezel that looks better and lasts longer than other materials. High-end watches often use ceramic bezels because of their exceptional quality and resistance to scratches.

The Citizen Satellite Wave, on the other hand, has a metal bezel. The bezel is durable, but it’s more prone to scratches. Metal bezels are often available in a wider variety of colors, but they fail to retain the same color sharpness as time passes.

The bezels of both watches have city codes written in them that can be used for configuring the watch with different time zones.

Both the Astron and the Satellite feature dark, serious-looking dials with a combination of black and blue colors. The dials are covered with a synthetic sapphire crystal that are virtually scratch-proof. In terms of hardness, it’s as good as a naturally occurring sapphire.

The Seiko Astron has 24-hour UTC markings on the outer dial, a date window at the 4 o’clock position, a day subdial, a 12-hour subdial, an AM/PM indicator, luminescent index hour markers in blue and white colors, and luminescent hands.

The Citizen Satellite Wave has a chapter ring with UTC markings, a date window, a day subdial, a power reserve indicator, a light level indicator, and luminescent hands and hour markers.

The Astron and the Satellite both have Japanese quartz movements. They both feature movements that can be configured using the GPS signal received by the watch. This is useful if you often fly to different time zones because you can accurately set the watch through GPS technology.

The Seiko Astron has around 40 different time zones it can adjust to. The Citizen Satellite detects the same number of time zones spanning across 27 cities.

Both models use Seiko and Citizen’s respective GPS solar technologies to keep the watch running. The Seiko Astron holds a battery charge that can last up to half a year. The Citizen Satellite, on the other hand, takes the upper hand with its power reserve that can hold up to 2 and a half years.

Watches become more inaccurate as the battery capacity decreases. Make sure you keep these solar-powered timepieces fully charged by exposing them to natural light at least once a week.

Both the Seiko Astron and the Citizen Satellite are available in different band styles. Both watchmakers offer rubber, stainless steel, and leather straps to choose from.

Water Resistance
Both the Seiko Astron and the Citizen Satellite Wave have a water-resistance rating of a hundred meters.

The Citizen Satellite Wave is priced at $630. The Seiko Astron is more expensive at almost $2,000.

Users like the Seiko Astron because of its subtle and modern design. The dark-themed color combination and sporty watch face design make it highly attractive to customers.

On the other hand, users who prioritize time-telling accuracy go for the Citizen Satellite Wave. Although the watch updates the time every 3 days, the movement loses/gains only a few seconds per month.

So, if you’re after aesthetics, go for the Seiko Astron. But if you prefer a more accurate timepiece, the Citizen Satellite Wave is the better choice. Do You Have What It Takes?

Tempore Lux is a watchmaker recently established from the sunny and beautiful island in Mallorca, Spain. The brand aims to combine the magnificence of...

The most popular rectangular watches to date are the Cartier Tank and the Jaeger-LeCoultre Reverso. Other brands have tried copying these two iconic timepieces...

Heritor Watches Review – Are They Worth It?