After ‘The Matrix’, Keanu Reeves is back with an action-packed movie that will keep you on the edge of your seat. In this new movie franchise, John Wick, is a professional assassin known for being fully capable of disposing of anyone with any object he can get ahold of.

Throughout the movie series, John Wick always dons a suit, complete with a tie and a matching timepiece. But what watch does Keanu Reeves wear in the John Wick franchise?

What Watches Where Worn in John Wick Movie?

Here are the watches John Wick and other major characters wore in the film franchise. This Carl F. Bucherer watch is what John Wick wears from the first installment up to the latest movie in the franchise. One notable thing in the movie is how he always wears the watch on the inside of his wrist to protect the crystal from being shattered while gunning down enemies.

The 38mm Manero AutoDate is the John Wick 3 wristwatch that features a stainless-steel case, scratch-resistant sapphire crystal with anti-reflective coating, an exhibition case back, an alligator leather strap with pin buckle, a silver dial, a date window, silver-tone hands and minute markers, luminescent hands and markers, and a caliber CFB 1965 automatic movement. Aside from John Wick, there are other characters in the film that wore notable timepieces, like Santino D’Antonio. The Rolex Cosmograph Daytona is the John Wick 2 Santino watch which is a beauty on its own.

The 40mm Rolex Cosmograph Daytona has an 18ct gold case, a scratch-resistant sapphire crystal, a tachymeter bezel, a screw-down crown, an Oysterflex bracelet, luminescent hands and markers, and a calibre 4130 self-winding automatic movement. It features 3 chronograph subdials with 12-hour, 30-minute, and 1/8-second counters. 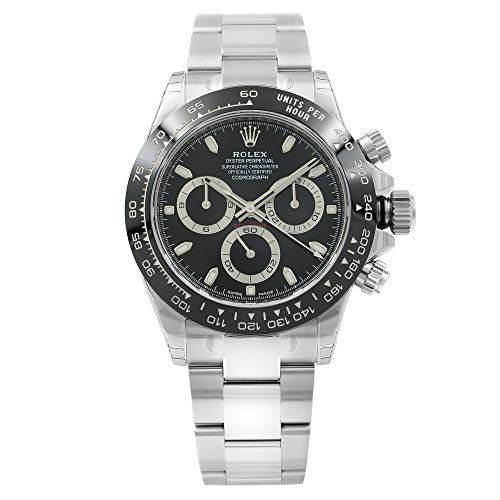 Who are these Watches For?

John Wick fans will love to wear these watches, especially the Manero AutoDate because of its iconic appearances throughout the franchise. The Cosmograph Daytona isn’t one to be left behind, though, as it’s a whole different class even among luxury timepieces. Both these watches exude elegance and manliness that no other accessory can give.

The Manero AutoDate and the Cosmograph Daytona are timepieces you won’t regret buying. Even if you’re not a fan of John Wick, these watches can be bought as a form of investment. They’re built to last, so their value are expected to appreciate as time goes by.