Tourbillon watches are often seen on luxury timepieces and are usually priced for thousands of dollars. But you really don’t have to spend too much to own a tourbillon watch, especially now that there are manufacturers who can put in the said mechanism without bloating the price too high.

Gravity affects the sensitive portions of a watch, especially the hairspring which serves as the timing regulator of the watch. Sure, there are other problems like temperature, shocks, pinning positions, and magnetism that can affect the watch over time, but they’ve been resolved by the introduction of new materials and better technology. Gravity remains to be the constant force in play that can affect the accuracy of the watch movement.

Enter the tourbillon mechanism. Developed in the 1790s by Abraham-Louis Breguet, it was designed to counter the effects of gravity by continuously rotating the balance wheel. Positional errors were remedied, making watches accurate with only a few seconds of deviation.

Although the tourbillon mechanism was originally designed to improve accuracy only, it later became an ornamental addition to watch designs. Luxurious modern watches expose the tourbillon to demonstrate craftsmanship and sophistication. Swiss watches that carry this kind of mechanism fetch prices amounting to thousands of dollars, giving an added feeling of exclusivity and extravagance.

However, in the modern mechanical watchmaking process, tourbillons have little to do with making timepieces accurate. They were also very rare back then but now, with the improvements in horology and availability of materials, tourbillons are easier to produce. In addition to this, the arrival of Chinese manufacturers who offer affordable tourbillon watches have significantly brought down the market price for timepieces carrying the said mechanism.

The 5 Most Affordable Tourbillon Watches

Here are 5 tourbillon watches priced around $1,000:

Lenvino Watch Co. started in 2017 with the purpose of creating traditional timepieces with the tourbillon mechanism which can be considered alternatives to luxury watches with the same feature. They’re the first to release a rectangular tourbillon watch with a minimalistic design. 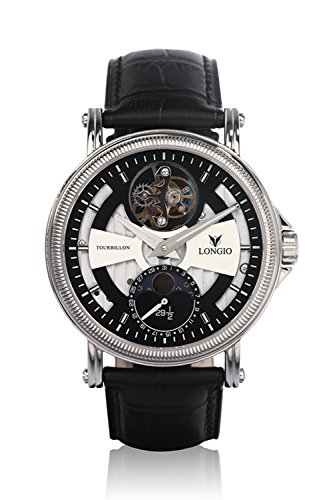 Akribos XXIV has been around for more than a decade already in the industry, servicing customers in North America and other parts of the globe. They offer a wide variety of styles, from classic and sporty to sleek and sophisticated. They offer some of the cheapest Chinese tourbillon watches for sale on the market.

The 42.5mm AK493 Moonphase from Akribos XXIV features a stainless steel and bezel, a calfskin leather strap with deployment buckle clasp, an anti-reflective sapphire crystal, hour indicators in Roman numerals, a moon phase complication at the 3 o’clock position, a tourbillon mechanism at the 6 o’clock position, a dual time subdial at the 9 o’clock position, and a mechanical movement. 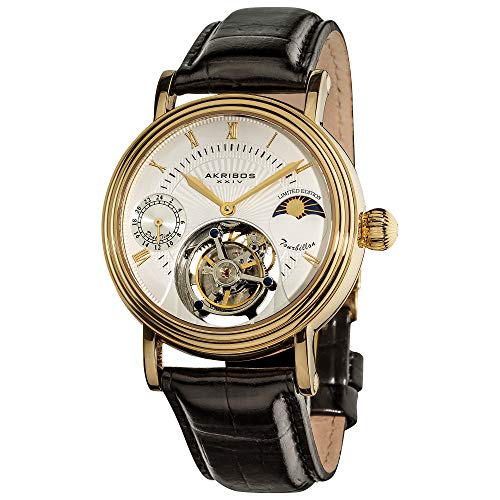 Stuhrling has been around since 2002, manufacturing high-end watches with affordable price tags. Their quest to bring a game-changer in the industry led them to the development of their tourbillon collection which was greatly received by the public.

The 42mm Viceroy 296D is a hand-wind mechanical watch with a stainless steel case and polished bezel, a crocodile leather strap, an exhibition case back, sapphire crystals on the front and the back of the watch, Roman numeral hour markers, skeleton hands, tourbillon display at the 6 o’clock position, and a ST-93301 movement. 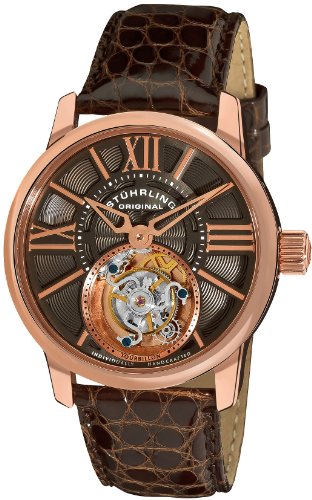 Stuhrling isn’t new to the industry of watchmaking as they’ve been around for more than a decade already. They’re known for making high-quality and luxurious-looking watches with tourbillon priced at affordable rates. 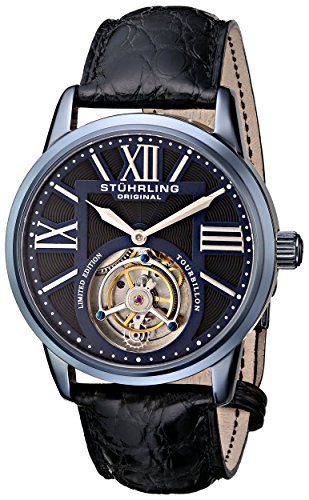 ERA Timepieces is a company that started around 2018 with the goal of bringing Haute Horlogerie watches more accessible to the general public. They launched a Kickstarter project with the ERA Prometheus as their pioneer timepiece. By partnering with watchmakers from Switzerland and sourcing the assembly in China, they’re able to bring one of the cheapest Chinese tourbillon watches for sale. The 44mm has a stainless steel case, a scratch-resistant and anti-reflective sapphire crystal, a genuine Hornback croc leather strap, a skeleton dial, a 24-hour GMT subdial, a tourbillon mechanism, a day-night subdial, and an HZ3360A movement. It also comes in an astoundingly elegant watch box.

The tourbillon mechanism is an engineering wonder recognized as one of the greatest marvels in the horology industry. This is why its addition to any watch greatly increases the price of the timepiece to levels exceeding your typical luxury accessory. Good things there are Chinese tourbillon watch for sale on the market that are more affordable and within reach for those who are on a budget.