The Lunar Pilot Chronograph is one of the classic watches from Bulova that was recently revived by the company along with other vintage models that were popular back then.

If you’re looking for a more affordable alternative to the Omega Moonwatch, this is the closest thing you can easily get your hands on.

The Omega Speedmaster Moonwatch is one of the most famous watches ever created since its successful mission to the moon. But there’s also the “Other Moonwatch” from Bulova that collectors continue to hunt for because of its elusive rarity.

The original Bulova Lunar Pilot Chronograph was brought by Dave Scott, one of the crew members of the 1971 Apollo 15 mission, during their journey to the moon. He brought this as a backup in case the Speedmaster failed to perform properly.

Recently, Bulova released a new model inspired by the original Lunar Pilot Chronograph. You can see the dedication on the case back of the new model where details regarding the mission, including the date and duration of the mission, are presented. 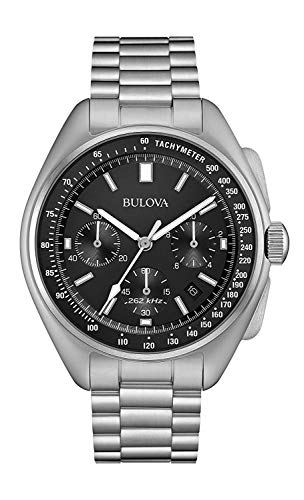 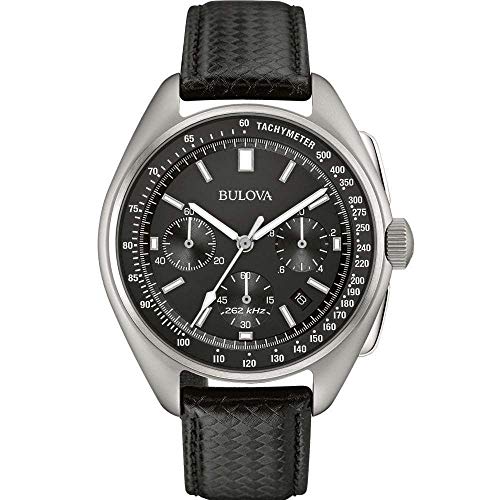 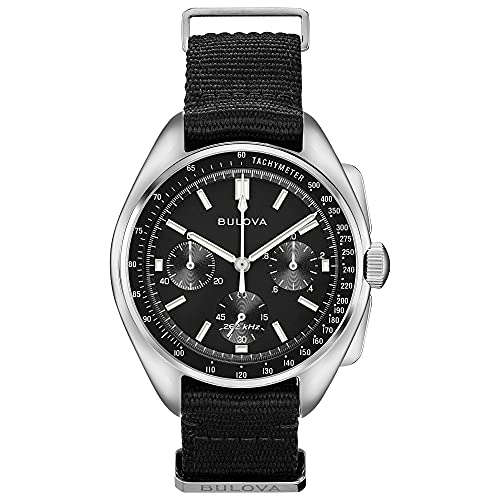 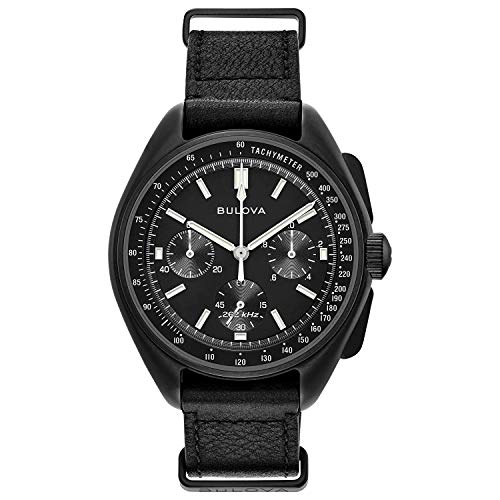 The Bulova Lunar Pilot Chronograph has a 316L stainless steel case that measures 45mm wide and 13.5mm thick. The case has a bead-blasted effect that enhances the muted but elegant tone of the watch.

The Bulova Lunar Pilot Chronograph looks vintage, thanks to the tonneau shape of the case. It’s a bit big, but it’s the right size to make all the features on the watch highly legible. Still, if you have a thin wrist, you’ll have trouble wearing this large watch.

The watch comes with a brushed stainless steel bracelet that seamlessly fits into the overall theme. You can feel the weight of the bracelet when you wear it, but it’s not too heavy to the point of being annoying.

The bracelet of the Bulova Lunar Pilot Chronograph has a different finish from the case. You might find this annoying and inconsistent as other watch enthusiasts do, but it’s not that obvious when you look at the overall presentation of the watch.

The bracelet doesn’t allow for micro-adjustments. The links are half-link-sized though, so you can just manually remove one to get a good fit.

Despite the downsides on the bracelet, its overall build is of superb quality. It’s durable and comfortable to wear, even if it’s quite heavy on the wrist.

The dial of the Bulova Lunar Pilot Chronograph is multi-layered: the tachymeter scale on the inner bezel is at the highest level, followed by the main dial, then the subdials, and then the date window. The overall effect makes the watch look more articulate and expensive.

The Bulova Lunar Pilot Chronograph runs on a 262kHz Calibre 8136 quartz movement. It has an accuracy of -/+ 10 seconds per year, which is highly precise compared to other quartz watches.

The ‘high-performance quartz’ features a pseudo-sweeping hand movement that glides along the circumference of the watch. We say pseudo because the main second hand almost looks like it’s moving with a sweeping motion when it’s not. The main second hand moves 2 ticks per second only, so it gives the illusion of a sweeping movement. On the other hand, the true sweeping movement can be observed on the chronograph hands that tick 16 times per second.

Index hour markers match the baton-shaped hands. Both the hands and the hour markers are filled with luminescent material. The hands point accurately to the markers as they move – a seemingly minor feat that not many manufacturers using quartz movement can do.

How Does It Wear?

Here are some points to consider that will help you decide whether you should buy the Bulova Lunar Pilot Chronograph or not.

The overall design of the Bulova Lunar Pilot Chronograph makes it a versatile watch that can be worn with almost anything.

Its sophisticated appeal makes it a perfect match for business and formal wear. The modern stylishness of the watch goes well with casual attire. The chronograph features give the watch a sporty vibe to please sports aficionados.

The lume color of the Bulova Lunar Pilot Chronograph is turquoise, veering away from the usual green tinge found in other luminous watches. However, its glow isn’t that bright and doesn’t last as long as those seen in more expensive timepieces.

On the 3, 6, and 9 o’clock positions, you’ll find chronograph subdials with 1/10th-second, 60-second, and 60-minute scales. They all have large texts and minimal designs to make them highly visible.

Between the 4 and 5 o’clock positions, you’ll find a date window with a large font. It’s very visible even when it’s in a slanted position.

Despite being a chronograph watch, the clean and uncomplicated look of the dial makes it stand out among watches with similar features.

The watch is water-resistant up to 50 meters. It’s more of a splash-resistant watch that’s not designed for prolonged exposure to underwater pressure.

Is the Bulova Lunar Pilot Chronograph watch heavy on the wrist?

The watch weighs around 170g. The stainless steel case and band make the watch a bit heavier compared to other mid-range and budget watches.

The average battery life of the watch is 4 years. After that, you need to get it to a service shop for battery replacement.

How much does the Bulova Lunar Pilot Chronograph costs?

The Bulova Lunar Pilot Chronograph is priced at around $325 on Amazon. It’s an acceptable price for a mid-range watch that looks like a high-end timepiece.

Some sell it for more than $600. This is too expensive for what the watch can offer, so make sure you keep looking for a better deal.

The Bulova Lunar Pilot Chronograph is an exquisite mid-range timepiece that looks like a product of a luxury brand. Priced at around $300, this is a good deal that you should strongly consider, especially if you’re looking for an accurate but affordable chronograph watch.