When talking about watches, you must have mostly heard about them being Swiss-made or Japan-made. Assembly, parts, and movements are often sourced from Switzerland and countries like China and Japan. But do you know that there are also German watch brands that have an avid following among watch enthusiasts?

German watchmakers are known for creating sturdy timepieces with distinctive designs that display their craftsmanship and artistic perspective. A number of them started operating more than a hundred years ago alongside the most famous luxury brands we know of today. However, these same companies with rich historical background were shut down after the Second World War. They reemerged only years later after the political turmoil in the country had settled down. Despite the obstacles they faced, these German watch brands still carry the will of their long-gone founders in providing affordable but exquisite timepieces that are second to none in terms of quality and functionality.

Here’s a list of the top German watch brands to look out for.

Sternglas is the youngest German upcoming on this list. The brand specializes in a Bauhaus style minimalistic design unknown like no other brand currently on the market. Founded by Dustin Fontaine who discovered his passion for watchmaking back in high school of 2011.

Sternglas first came to fruition in 2016 using the popular startup crowdfunding platform, Kickstarter which launched the brand into the market, taking the minimalistic Bauhaus style market watches by storm and offering affordability and quality watches.

We recently did a review of the Sternglas Topograph and it is a fine watch that I recommend reading about.

Junghans is a German watch brand that was established in the 1860s. However, it was not until the 1900s when they started manufacturing wall clocks before they ventured into making wristwatches. It was when Max Bill joined the company that the brand became renowned for having minimalist designs.

Most of their watches have classic designs but they also have pilot and sports watches in their collection. They also have solar-powered and radio-controlled timepieces which still feature a minimalistic look but with a modern twist. 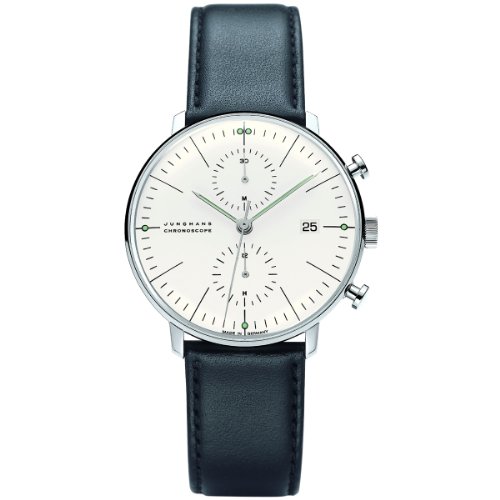 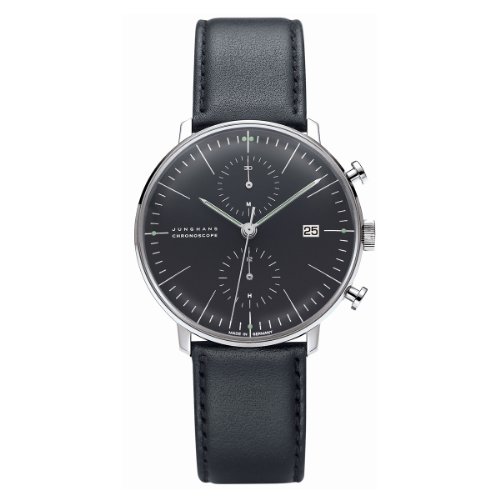 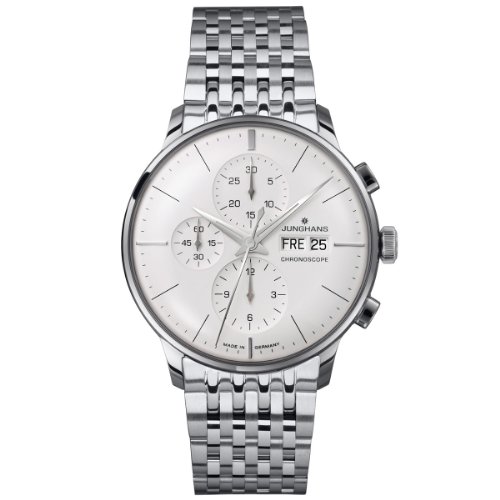 This German watch brand was founded by the self-taught jeweler Weller Manfred Brassle in 2001. The founder used to create quartz watches before he established MeisterSinger which focused on creating higher-end mechanical timepieces.

MeisterSinger is known for having only one hand on their watches. Their Circularis, Classic, Classic Plus, Form and Style, and Cross Line collections all feature minimalistic designs and highly visible Arabic numeral hour markers. 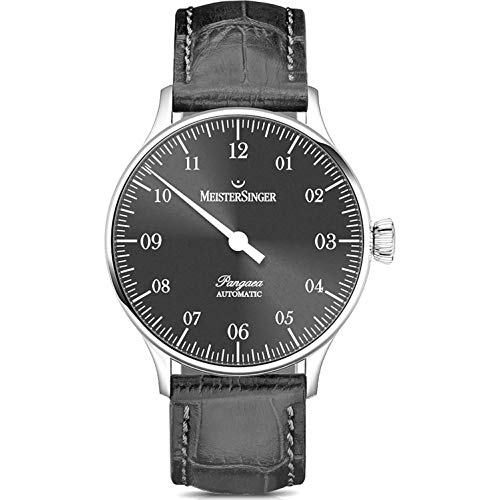 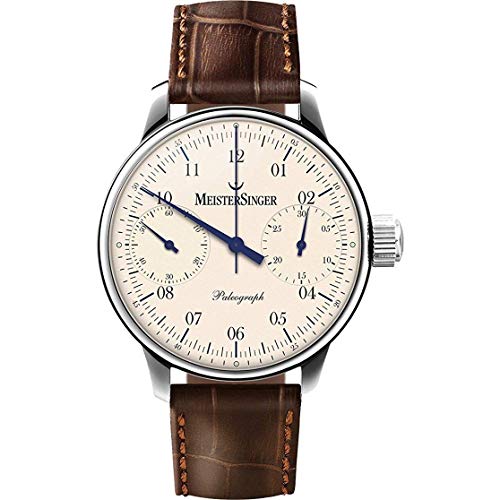 Sinn was established in 1961 by the pilot and flight instructor Helmut Sinn. This German watchmaker first started selling navigational cockpit clocks and chronograph pilot watches directly to retailers without having a middleman, allowing them to bring down the cost of their products. In 1985, they made a model for Dr. Reinhard Furrer which he took in his Spacelab mission, proving the product quality and capability of the German watch brand.

Sinn is the brand of choice of professionals like doctors, divers, police, and firefighters. They offer models with chronograph functions, scale-rule dials, GMT functions, and high water resistance ratings. They also have dress watches and casual timepieces with a modern look.

Union Glashutte was founded in 1893 by Johannes Dürrstein with the aim of producing affordable timepieces with Glashutte quality. So, to bring down the cost, the company avoided using gold cases. They’re not to be trifled with, though, because they also create highly-complicated watches, demonstrating their expertise in the craft. The German watch brand was closed in 1933 during the Soviet conflict and reopened in 1994 under new management.

True to their origins of creating affordable watches with Glashutte quality, Union Glashutte offers a range of inexpensive timepieces with a vintage look. They also have luxury watches adorned with diamonds and chronograph collections that demonstrates the brand’s horological proficiency. 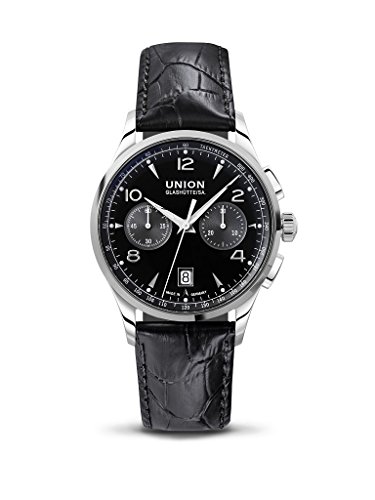 Damasko is a German watch brand established in 1994 by Konrad Damasko. Damasko used to supply hard watch cases to Sinn until 2002. They also used to rely on Valjoux for their movement until 2014 when they started installing in-house movements to their timepieces.

Damasko watches are known for their superb durability and military-inspired designs. They primarily produce pilot watches with either GMT or chronograph features.

Montblanc is a luxury German watchmaker established in 1906. Aside from watches, they also manufacture writing instruments, leather goods, smart devices, bags and backpacks, and other accessories. Montblanc is part of the Richemont Group which also own luxury brands like Cartier, Piaget, and Baume et Mercier.

Montblanc has a range of automatic, quartz, and manually wound watches with various designs and features. They also have smartwatches in their collection if you’re into them. 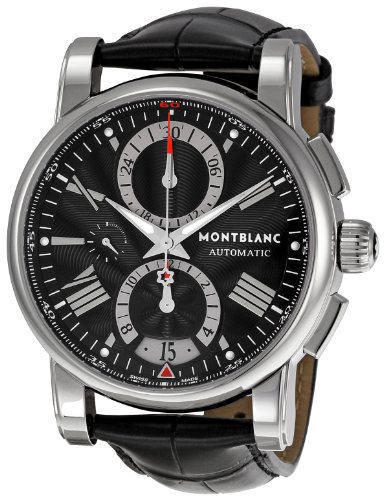 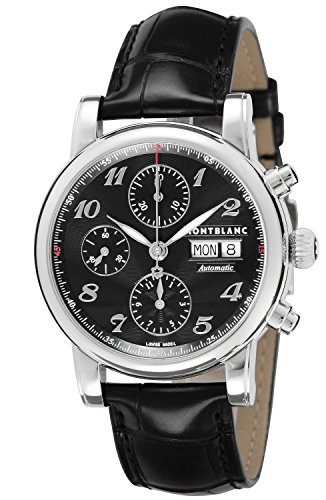 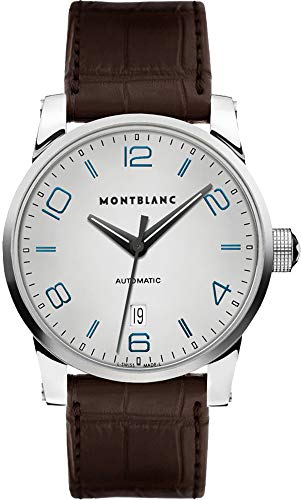 This German watchmaker was founded in 2003 but its history run back as far as 1924 in Pforzheim, Germany. Their cases are made by the ICKLER Company and all parts are assembled in the company’s factory in Germany.

They have a range of pilot, diving, dress, and sports watches. They use ETA movements for their automatic, hand-wound, and chronograph timepieces. Their watches feature a clean dial with Arabic numeral hour markers to create a legible vintage look. 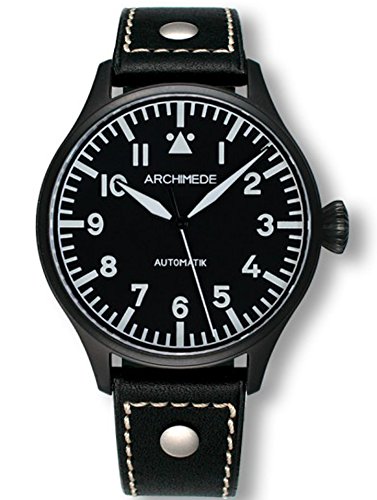 Stowa is a German watchmaker that has been manufacturing high-quality wristwatches since 1927. In 1938, after they moved their office to Pforzheim, Germany, they started producing Bauhaus watches long before Junghans started creating theirs. They also made pilot watches for the Luftwaffe during the Second World War.

Stowa is known for its Antea series with minimalist design. They also have a range of pilot, diver, sports, and dress watches with classic and contemporary styles. They can also customize your watch by adding personalized engravings on the wheel, the rotor, or the case.

This German watch brand was established in 1906. They used to import watches from Switzerland until the company was reformed in 1990 under the leadership of Roland Schwertner. Today, they manufacture and assemble everything, including the movements, in their warehouse in Germany.

Nomos Glashutte is known for their Tangente collection which garnered awards for its minimalistic and highly legible design. Their designs typically have a thin case and feature a 2-hand dial with a seconds subdial. 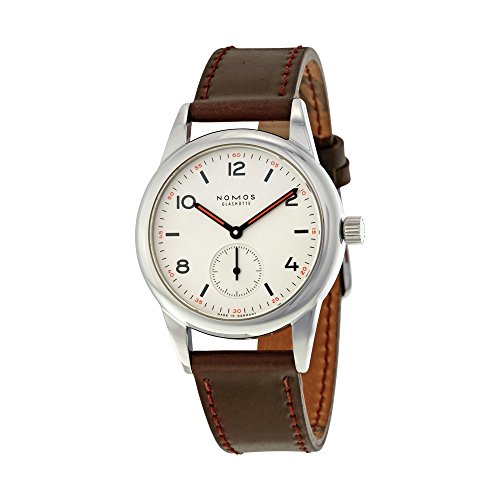 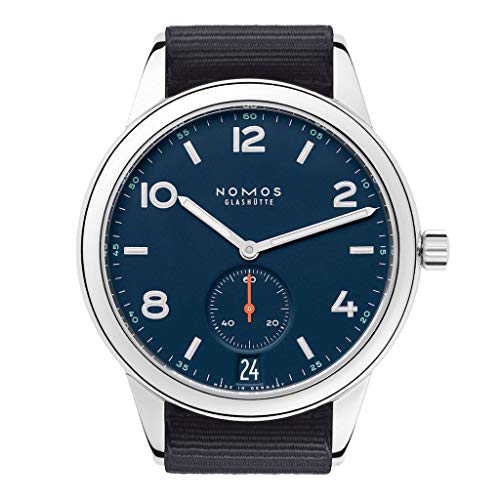 Although it has the ‘Swiss’ word in its name, this is a German watch brand with roots originating in Munchen, Germany. It was founded by Gerd-R. Lang in 1983 where they started producing pocket watches and mechanical wristwatches.

Chronoswiss is known for its trademark onion-style crown. Their collection includes the Regulator, the Sirius, and the Timemaster series. They also have the Unique Timepieces collection which features watches processed in the traditional way. 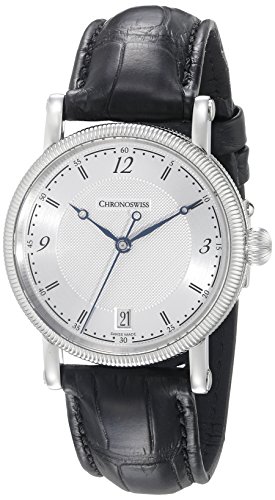 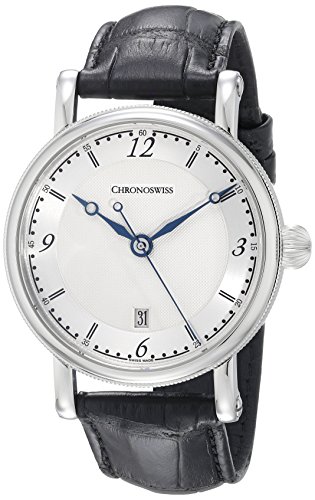 Glashutte Original is a luxury brand that started operating independently in 1994 until they were acquired by The Swatch Group later on. They’re one of the few German watchmakers which produce their own in-house movements. In fact, they have patents on 10 innovative movement creations. 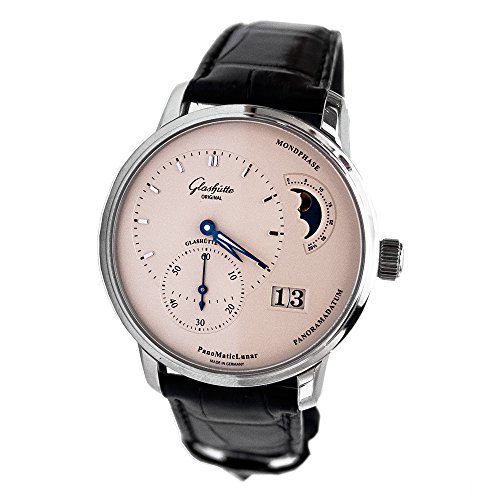 Established in 1845, this German watch brand is one of the oldest watchmakers in the world. They used to produce pocket watches until the World Wars wherein they supplied the German Army and the Luftwaffe with wristwatches. The company stopped operating after they were nationalized and it was not until the reunification of Germany that they returned to making watches again. Now, the company is known for being one of the premier luxury watch brands in the world.

Their designs are known for having oversized date windows. Their collection features a range of timepieces with split-second chronographs and perpetual calendars.

Many German watch brands have roots dating back before the World Wars. They’ve survived many trials and continue to produce high-quality timepieces that accentuate functionality, simplicity, and elegance. Many of their designs have a vintage look but they also have collections with contemporary designs.

If you’re looking for a watch brand that’s functional, affordable, and durable, try looking for any of the German watchmakers we’ve listed above and you won’t regret the decision of buying a timepiece from them.